From the beginning of an Insurance Application to the Underwriting to the Placement, susceptible data is exchanged regularly. For many years, brokers have been using insurance company extranets as their transaction, trading and communication tools, with proprietary interfaces and forms. Since brokers typically have their in-house or off-the-shelf business software solutions as well, data entered into an insurance company’s extranet then has to be re-entered into the broker’s back-end information systems. As each tool is specific, brokers can only master a limited number of extranets and have been restricted to working with a small number of insurance companies.

Restore independence and value-add to brokers through the adoption of an industry-wide secure and scalable data exchange platform. Assurex Global’s Passport system helps their partners solve the complex problem of file sharing by providing an all in one file sharing and reliable communication suite.

Established in 1954, Assurex Global is an exclusive Partnership of the most conspicuous autonomous specialists and intermediaries worldwide. Assurex Global’s blend of global reach and local expertise encourages you to explore the changing insurance scene with certainty.

This project’s primary purpose is to help the client in maintaining their existing system to work correctly. It aims to provide an additional enhancement feature implementation without affecting their current system feature and functionality.

Today file sharing is as common as your mobile phone. It’s a daily activity for small and large businesses. Especially in the insurance industry, large volumes of information and files will be seamlessly exchanged between insurance companies and brokerage firms through file sharing platforms.

As digital data capture and processing solutions and Web Services are adopted to replace data entry on proprietary tools industry-wide, brokers can propose new services, based on modern technologies, to their customers.

Passportsystem provides flexibility and makes the market more dynamic. It will bring great benefit to both the insurance companies and the brokers, and as a result, superior service to the customers, which is the primary vocation of the insurance brokerage field

Passport Administrative Service:This part of the system works like a management console where the entire firm and their users are managed and are part of Assurex Global. Each registered firm is called “Partner” and the users added under them are called ‘Account’.

Passport Service: In this part, Users can make their own account/team, and other users can be added to this team as a member of the team. Each account/team member has specific permissions to use the account. Account has two parts. Passport Client Service: In this part, Passport Client users can use the published document of any account if they are a member of that account. They can view and download the published documents if they have permissions.

Implementing Schedule delete for Item in Recycle Bin: In this task, eNest has implemented the functionality that the Content of Recycle Bin gets automatically deleted permanently after a fixed interval.

Implementing Cascade Permission on files and folders: In this task, eNest has implemented Cascading permissions on folders while it was removed or added, i.e. when the User is removing permissions from any parent folder then the permissions for children folders gets removed automatically.

Publish files for Client: In this, eNest has implemented the functionality to publish files that have been seen by Client Users.

Implement Import Users to Partner: In this, eNest has implemented the features to import Users information using Xls file under partner. With this feature’s help, multiple users can be registered under a partner account of the system easily.

Ability of Members to Copy files/Folders: In this task, eNest has implemented the ability for User to copy either files or folders within/outside the account.

Improved look for email Notifications: That was automatically triggered while adding a new user to a team, adding a new file to the briefcase, adding members to the team, raising an issue, making an announcement.

Import from Xls: Ability to import partners in the Affiliation side using Xls.

Electronic Signature: Ability for partners to sign an agreement under the affiliation Application.

The major challenge we faced is while implementing Recycle Bin functionality. First, we implemented & tested it like a Windows Recycle Bin. But it lacks in some cases like when you delete children folder and parent folder separately. If we try to restore only the child folder, the problem is where it will go as its parent folder is already in the Recycle Bin.

eNest handles these challenges in the way by implementing a ‘Trash’ folder like Google Drive where all the deleted files and folders are transferred to ‘Trash’ folder.

Lorem Ipsum is simply dummy text of the printing and typesetting industry. Lorem Ipsum has been the industry's standard dummy text ever since the 1500s,

Achieve Your Goals with a High Performance Software Dedicated Team 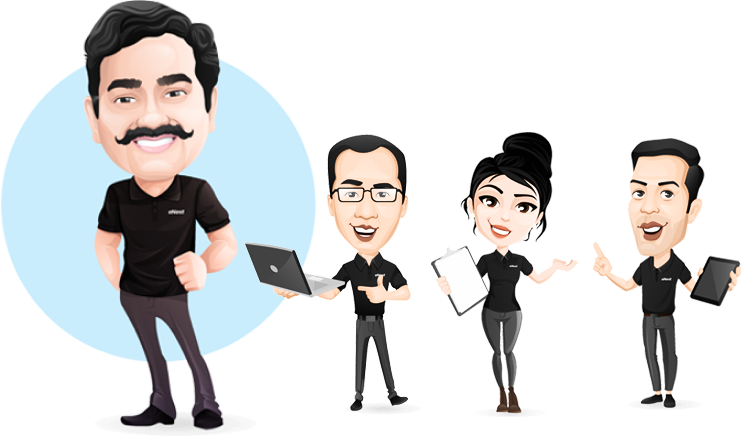 Ready to
Get Started?

This website uses cookies to improve your experience while you navigate through the website. Out of these, the cookies that are categorized as necessary are stored on your browser as they are essential for the working of basic functionalities of the website. We also use third-party cookies that help us analyze and understand how you use this website. These cookies will be stored in your browser only with your consent. You also have the option to opt-out of these cookies. But opting out of some of these cookies may affect your browsing experience.
Necessary Always Enabled

Any cookies that may not be particularly necessary for the website to function and is used specifically to collect user personal data via analytics, ads, other embedded contents are termed as non-necessary cookies. It is mandatory to procure user consent prior to running these cookies on your website.